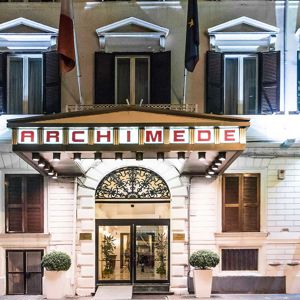 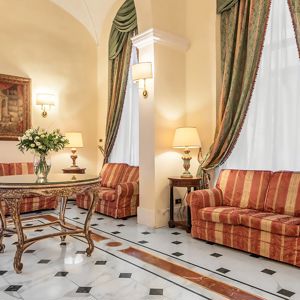 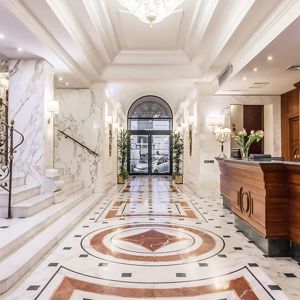 Hotel near Via Nazionale

Online only and only with us

Hotel near Via Nazionale

One of the advantages of staying at Hotel Archimede Hotel is that it is close to the important Via Nazionale. We are talking about one of the busiest streets in the capital, built in 1886 with the aim of connecting the local railway station to the Lungotevere embankment along the Tiber river. You can get to Via Nazionale in about 15 minutes by walking along Via dei Mille towards Via Marghera, Via Marghera, Via Marsala, Viale Enrico De Nicola, Piazza dei Cinquecento, Largo di Villa Peretti, Via del Viminale, Via Agostino Deretis, Piazza del Viminale.

Towards the end of the 19th century, the Church of St Paul's Within the Walls, the Palazzo delle Esposizioni exhibition hall, the Eliseo Theatre and Palazzo Koch were built. While the road was being built, traces of the Porta Sanqualis also emerged, which we can now admire in the central flowerbed of Largo Magnanapoli.

Along Via Nazionale, you will also find the Basilica of San Vitale, the seventeenth-century Roman Villa Aldobrandini, Largo Angelicum and the Church of Santa Caterina in Magnanapoli. However, Hotel Archimede Hotel is also greatly appreciated by shopping enthusiasts. In fact, the Hotel is near the most important shopping area in Rome. In Via Nazionale, you will find numerous shops with all sorts of brand names, ensuring an excellent quality/price ratio and, in general, the opportunity to make low-cost purchases.

Book Now: Up To 40% Off Breakfast Included